Posted at 04:33h in Resources by admin

The godfather of advertising, David Ogilvy, once said that a headline is worth 90% of your advertising dollar. Fast-forward to today, and a headline is no less crucial – it will make or break your story in an instant. 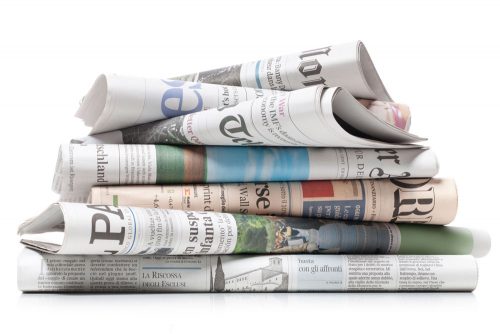 Journalists and publishers have known this for hundreds of years. For all the talk of clickbait today (and yes, much of it is bad), newspaper journalists have been crafting headlines that deliberately play on people’s emotions and curiosity for as long as any of us can remember.

And here’s the thing – as long as you’re not deliberately misleading or underdelivering, it’s okay to be smart about your use of language to get people to read your content. If your content is worth the eyeballs, then it deserves nothing less than clever language to drive prospective audiences over the line.

With that in mind, we can’t say it emphatically enough: a pedantic approach to headlines does not help the cause of science communication. Nor does it pay to ignore the tried and tested principles of crafting a gripping headline.

If research institutions want to gain a share of the audience that popular science websites have amassed, they must treat their headlines with the same care and expertise. Close the gap between how journalists and universities communicate science, and you’ll see the public start to come directly to you for the news.

Below we’ll take you through some of the most effective techniques for crafting headlines to give your scientific discoveries the best chance of engaging the public.

What makes a viral headline?

By far the most important thing your headline can do is make people feel something, whether it’s excitement, awe, fear, disgust – anything. Stir an emotion in them, and they’ll be more likely to click through and read your story.

Consider how these top-performing headlines use emotional and engaging language to make you want to click through:

If your headline isn’t going to make people feel something, it should benefit them in other ways. Create content that will have an impact on their lives.

While we don’t recommend trying to convince your audience that a single article will, in fact, change their life, an article that promises to have a lasting impact is a clever way to engage audiences. This includes content that can give readers new knowledge, new perspectives, new skills, tips, tricks, and tools.

It also helps if you can imply that all of this learning will be easy – top 10 lists, charts, infographics, and videos all suggest an easier and faster knowledge-gaining experience than reading a straight article.

News stories are just a fraction of the types of content people engage with on the internet these days. In addition to basic news stories, we’re seeing top 10 lists, infographics, charts, videos, image galleries, fun facts, and interactive microsites – all formats that don’t ask the audience to concentrate too hard in order to have an experience.

If you’re offering this kind of content, make it clear in the headline. You can see a few examples above: “This infographic”, “3 simple steps”, “This awesome periodic table”.

If you’re smart about your content, you’ll be using various sources of analytics to learn what your audience does and doesn’t respond to. You’ll keep playing the hits until they go sour, and then find something fresh and new to try.

In science, there are some areas that resonate with the public more than others. It might surprise you to know that stories about complex ‘hard’ sciences like particle physics and chemistry are a consistently good bet, whereas cute animal or quirky psychology stories are often hit or miss.

Learn what topics work with your audience and be sure to include them in your headline:

5. Strategic use of words

Headlines can be the hardest part of writing a story, because they force you to say a lot with a little. You need to strike that balance between keeping things short and snappy, and giving enough away to make someone want to click.

Universities and research institutes struggle to strike this balance, and it’s often because they’re learning their lessons from print magazines. That’s a problem, because print and online content are consumed very differently.

This allows for quippy wordplay and puns, such as these examples from the print version of COSMOS Magazine:

And these from Scientific American:

These headlines would not work online because they’re not giving the reader any idea of what the story is actually about. An online headline has to be short enough so that someone will read it and understand it in an instant (eg scrolling through their Facebook feed) but informative enough to tell the reader what the story will be about, and why they need to read it immediately.

“Cassini Just Sent Back Images from Its First-Ever Dive Through Saturn’s Rings, And They’re Incredible”

This headline tells us several things.

In so many words, you’ve set up a problem (the mystery of why people reject science) and said that, not only do you have the answer, but it’s completely different to what the reader is assuming it is.

Give the people what they want

A major part of our mission at STEM Matters is to help universities and research institutes see the value in communicating to the public on their terms.

Whereas marketing and PR has the organisation’s interests and agenda as their first priority, communications should consider the needs and interests of their target audiences and put those first. This is the key to effective engagement.

With that said, we encourage communications staff at these organisations to seek out best practice principles for writing headlines that tap into what their audiences are interested in.

For example, content strategy, outreach, and competitive research experts, BuzzSumo, have done their own research on what makes a viral headline, and provide visuals that can help you put our tips from above into practice:

You might scoff at the Buzzfeed headline above, but it received more than 650,000 shares and 2.6 million views. There is something to be learned from that.

With all that said, here are our: